City of Calgary and Calgary Transit

Design-Build Project of the Year (2013); Consulting Engineers of Alberta Awards of Excellence (2013)

The West LRT was the first design-build LRT project in Calgary, making it truly unique to the city. In addition to the delivery method, the project also provided the city with its first underground and elevated train stations.

CANA worked through design review and value engineering and engaged design-assist subcontractors for pre-planning. We succesfully executed construction by working collaboratively with other general contractors onsite (completing the traction power and LRT line) to ensure safety and schedule. 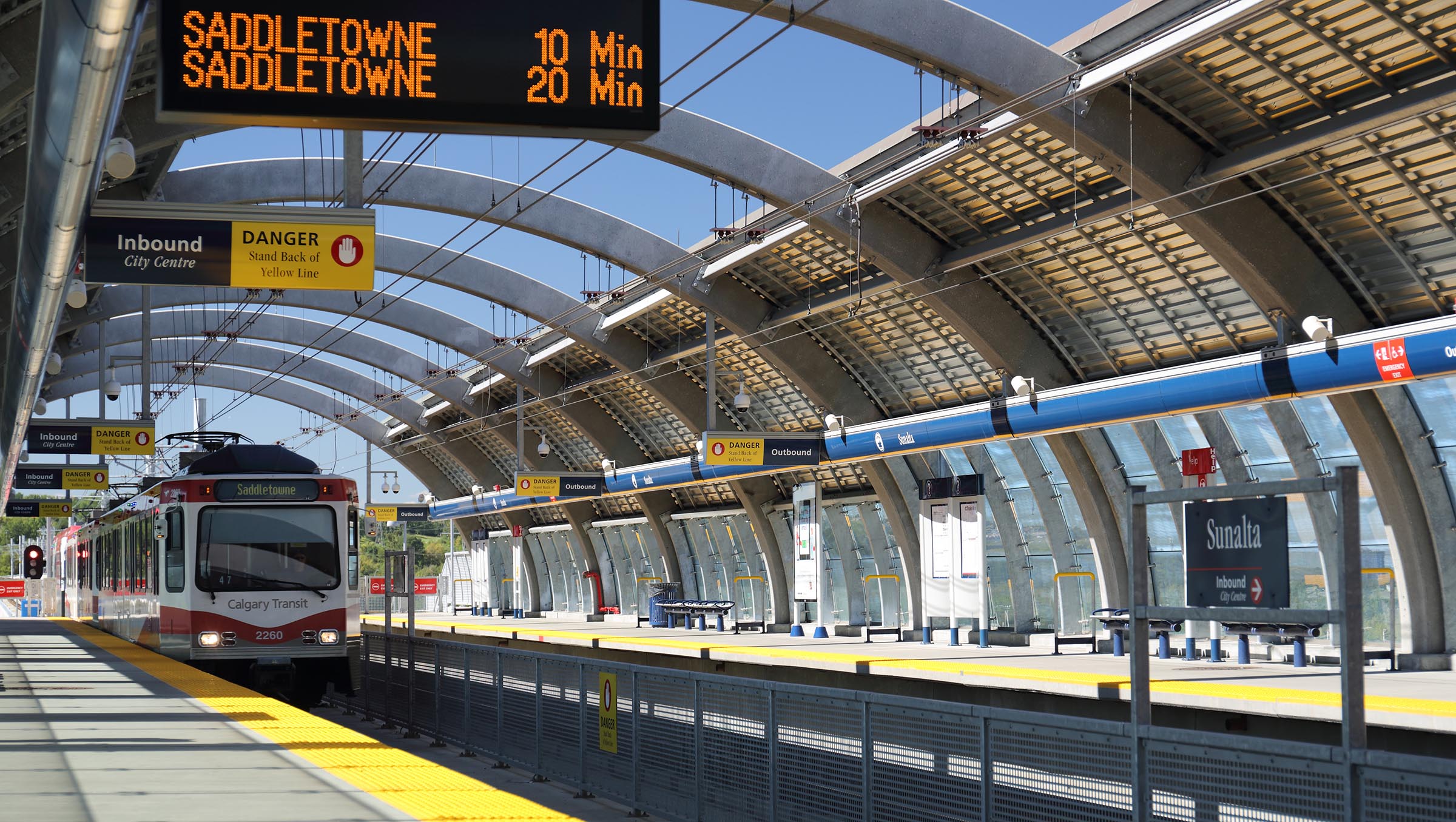 Innovative construction techniques included the specialty design and construction of structural steel sand jacks that were used to support pre-tensioned girders during concrete pouring. This innovative approach was taken in lieu of conventional jacking systems which have limited loading capabilities. We used this system to install 25m custom made steel beams with nelson studs and dywidags that were tensioned once placed onsite by a 500 ton mobile crane. This assembly was then encased in an 1100mm x 1550mm transfer girder. Once sufficient concrete strength was achieved, the sand was slowly released from the jacks allowing them to lower in a controlled and safe manner to be removed.

The West LRT is instrumental in expanding LRT services for Calgary and serves over 100,000 Calgarians.