A stunning hotel delivered in a busy national park. 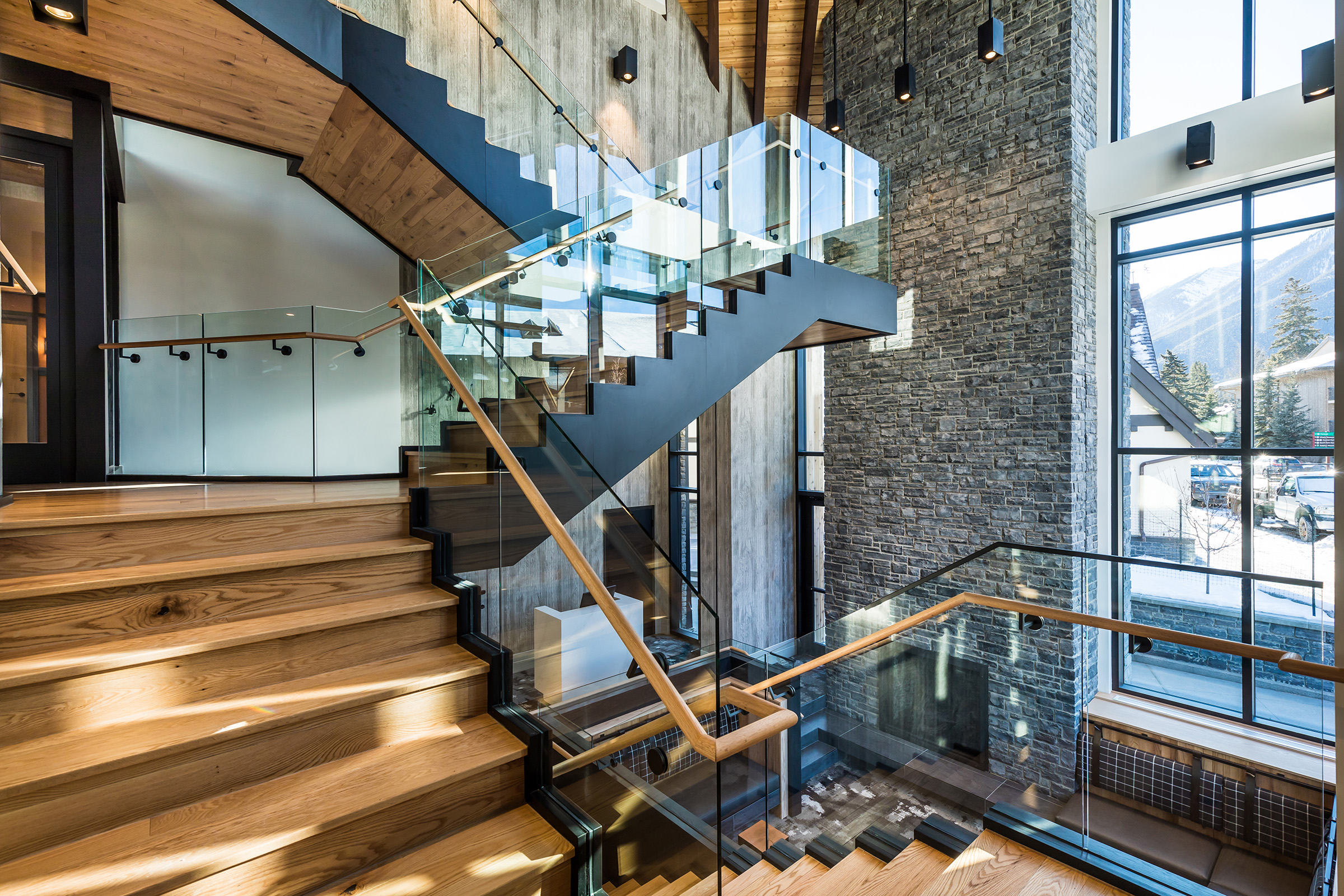 As Canada’s oldest national park, Banff attracts around four million visitors each year. If they’re lucky enough, some of these visitors might find themselves staying at one of Banff’s oldest hotel sites. There have been various versions of accommodations at 218 Lynx Street for over 100 years, and the tradition lives on with the newly-built Peaks Hotel and Suites.

In 2018, CANA was selected to deliver the demolition and complete rebuild of the Homestead Inn for owners Fuji Starlight/Banff Park Lodge. The new hotel is a three-storey, 71-room hotel with two apartment housing units, and a single-storey underground parkade.

CANA was involved in preconstruction since the conceptual stages and provided estimating and design review for various iterations of the project. By supporting the owner over a five-year period to respond to budget changes, community engagement, and permit conditions, we were able to uphold our commitment to client-first project delivery. 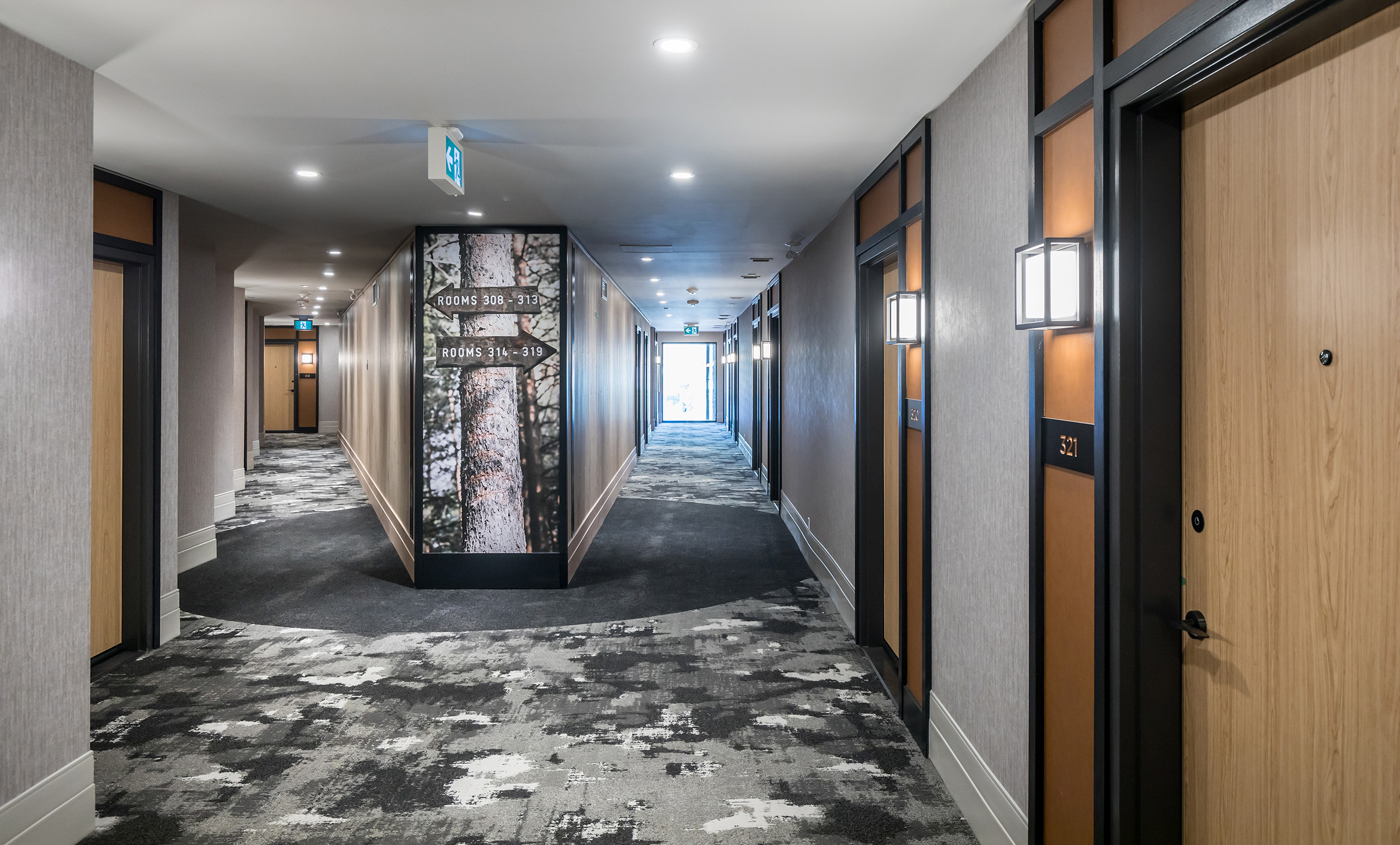 One of the biggest differentiators of delivering a project in a national park is the requirement of environmental plans to minimize disruptions to the land, wildlife, and community. In total, 10 different environmental plans were developed so that we could proceed with the first phase of the project. These plans focused on wildlife interaction, waste disposal, archeological findings, soil contamination, and waste diversion.

Developing plans for all different scenarios in a national park is important: another construction site located 100 feet from the Peaks Hotel project unearthed two bison skulls, estimated at around 5,000 years old. That site was shut down for several months so that Parks Canada could complete a comprehensive inspection. Though nothing as significant was found on the Peaks Hotel site, CANA brought an archeologist on board during the excavation as a precaution.

Because the town has seen so much change over the last several decades, soil contamination is a prevalent issue, and one the team had to address early on. Much of the soil onsite could not be reused because it was contaminated from an old mechanic’s shop that was previously located nearby, along with several decades of road salting during the winters, which slowly integrates into the soil over time. 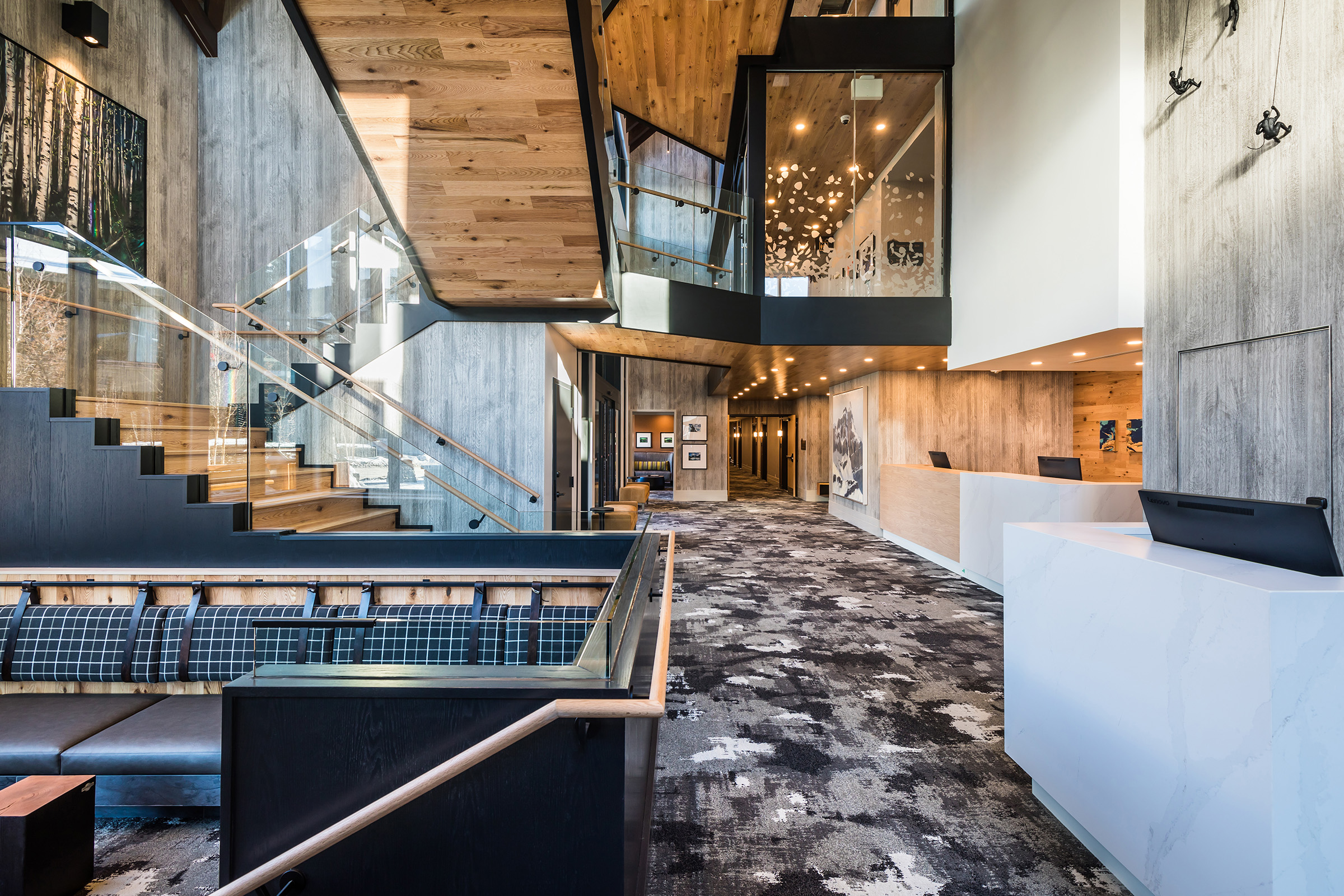 Dealing with the soil conditions was one of the biggest challenges. There is almost 100 feet of sand on the project site and when you mix the water with the sand it just becomes soup. The project team looked at several solutions but eventually went with a product they could mix in with the sand that expands when packed into the ground to try and stop the water backup. It was a struggle but also an opportunity to be creative and think of new and different ideas.

Another inevitable challenge of working in a national park is the number of people and vehicles constantly coming and going. The project team developed thorough safety plans ahead of mobilizing to site, and frequent communication with the town was crucial to limiting disruption. A weekly report was sent to Parks Canada and the Town of Banff, which was then sent to nearby residents and businesses to keep them updated on progress and upcoming construction plans. By establishing open communication and trust with the Town, Parks Canada, the owners, and the nearby residents and businesses, we were able to limit disruptions and build on our reputation as a considerate and transparent construction management firm.

CANA’s biggest achievement on this project was our waste diversion. During the demolition phase, we achieved a 95% waste diversion rate. Almost everything was able to be reused in some way. Furniture was taken out and repurposed and wood was used to build the site fencing. On the project as a whole, we were able to achieve around 75%, a figure the Town of Banff was incredibly pleased with. So much so, that minimum waste diversion rates will be required on all future construction projects happening in the town. 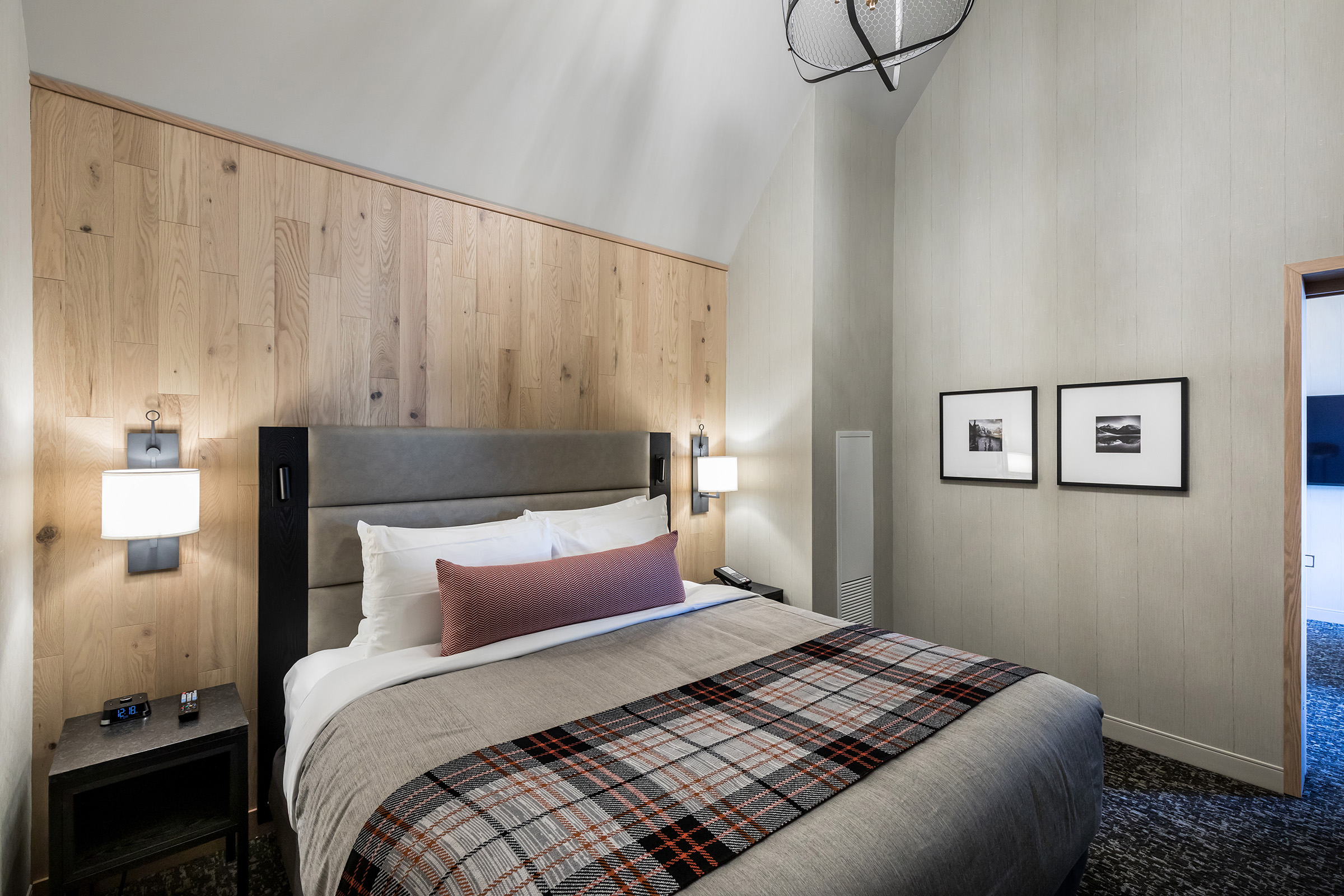 The Homestead Inn Redevelopment Project has been tracking and measuring the total waste production and materials recycled, including: concrete, asphalt, wood, cardboard & paper, metals and plastics. The demolition phase of their project reached a 95% diversion rate! They have also brought an additional bin on site to compost the food waste that results from staff working on site. Their overall target is 75% diversion and they are well on track to achieve it. Big congrats to the Homestead Inn & CANA team on being one of Banff’s Zero Waste Heroes!