This project consisted of a major structural, mechanical, electrical, and architectural restoration and renovation upgrade to the former downtown Bay Parkade on 2nd Street between 6th and 7th Avenues SW.

The structural renovations included repair of the deteriorated concrete structure and the application of a new traffic deck waterproof coating. Architectural upgrades included a new exterior façade, elevator and lobby upgrades, painting, and new handrails. Mechanical work consisted of the addition of a new glycol ramp slab heating system. Electrical work encompassed replacing all light fixtures and conduit systems. Five levels of the south portion of the parkade and six levels of the north portion were also repaired.

CANA’s ability to minimize the construction schedule and use a phased approach to keep the parkade functional was of prime consideration throughout the project. 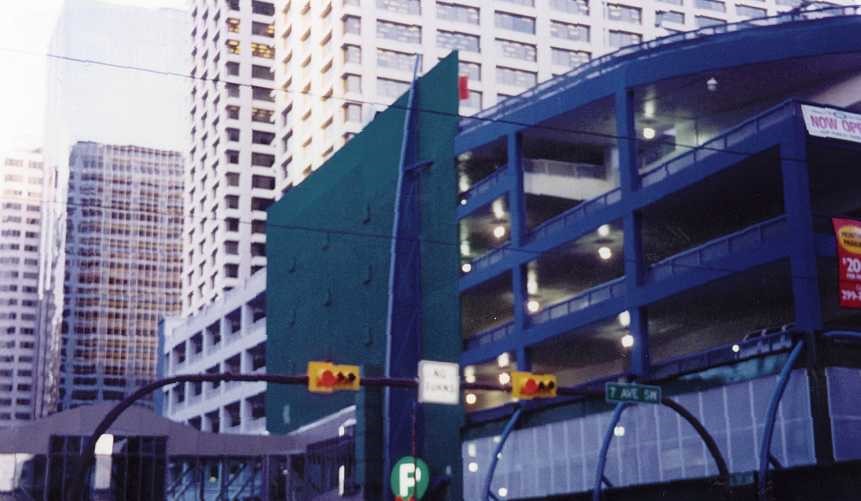