A home for Calgary Transit's staff. 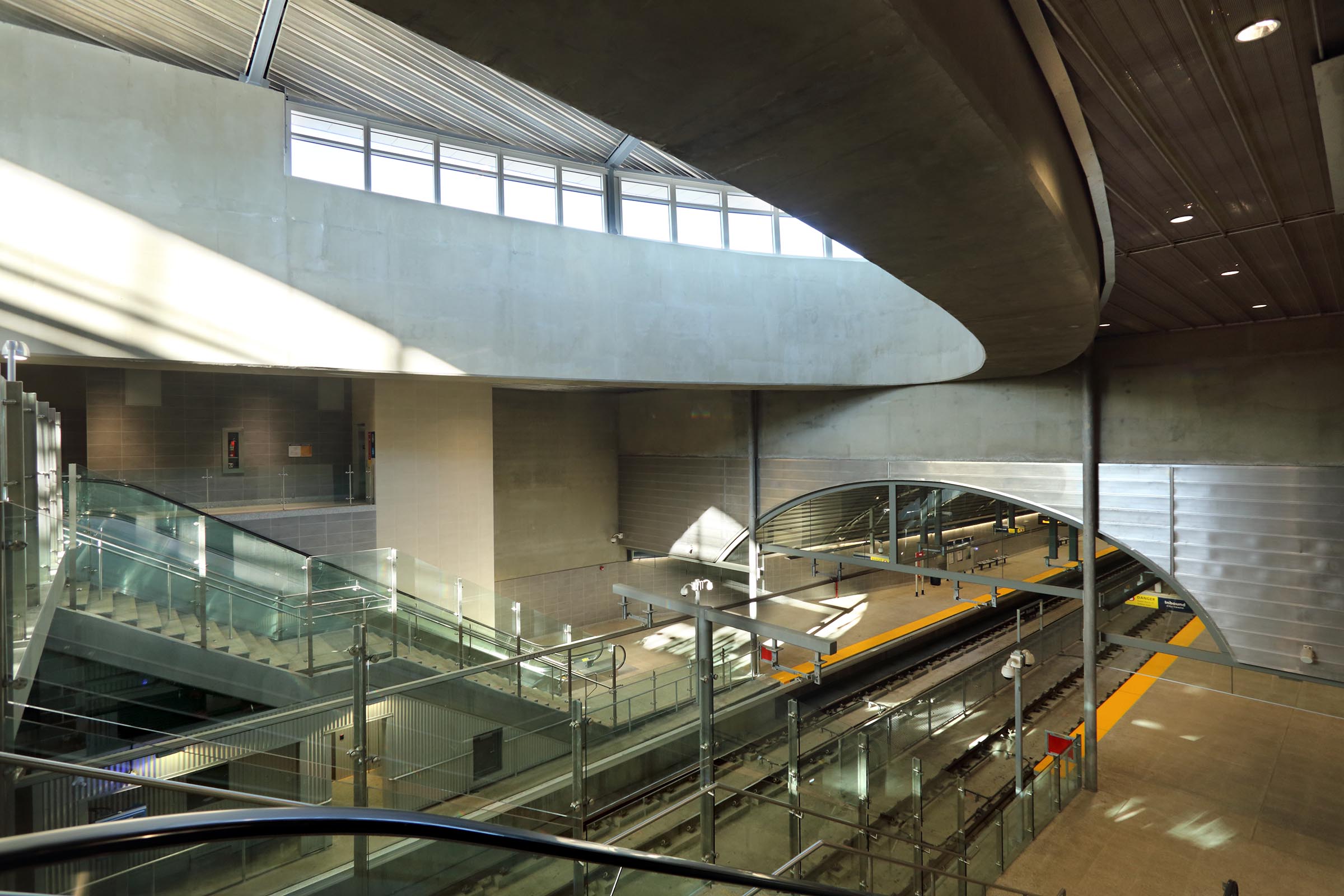 The Westbrook Transit Oriented Development (TOD) offices were constructed to house Calgary Transit Offices and built above the Westbrook LRT North Station Head. The four-storey steel building is clad in composite metal panels and curtainwall. The station side of the office features a unique overhanging canopy. The building was constructed to allow for multiple tenants with commercial retail units on the main and second floors. Half of the TOD building structure is directly above the LRT station and tunnel, while the other half features a three-storey underground parkade that serves the Transit staff and tenants.

The site features a connective path from the office, to the LRT Station Head, which can be also be accessed from the TOD building. Seating and planting along the pathway system have enhanced pedestrian use of the space.

The TOD is LEED Gold to support the City of Calgary and Calgary Transit’s sustainable focus.