A central gathering area that revitalizes an aging complex.

Considered a multi-use hub, "The District" is a revamp of the three buildings that make up the former IBM Campus on 11th Avenue SE in downtown Calgary. The project includes the redevelopment of the ground floor spaces, a new beer hall in the centre plaza, and the addition of retail and entertainment areas — all aligning with the “live, work, play” theme surrounding the project.

The project involved extensive building envelope repair and modifications to suit the new look of the building, and the entire courtyard area which is also the roof of the underground parkade was re-done after early investigative work found drainage issues. An existing wall to the courtyard was also modified into roll-up garage-style doors to keep an open concept between the courtyard and the food court area inside in the summer months. 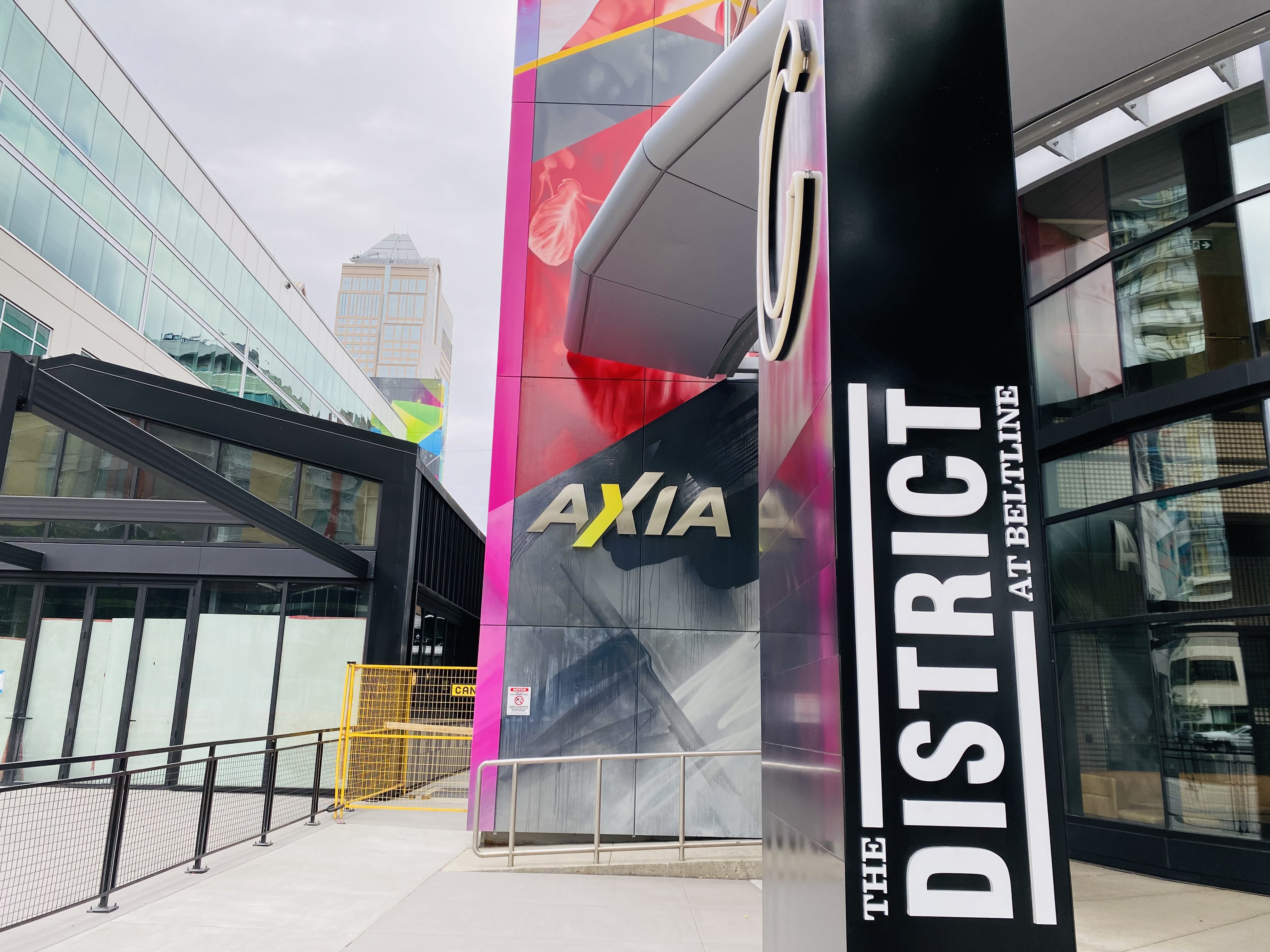