Bringing hockey back after a devastating flood.

The Scotiabank Saddledome sports arena is an iconic building in Calgary located on the Stampede grounds. Originally constructed by CANA in the 1980s and renovated various times throughout the 90s, CANA was also engaged to complete renovations following the June 2013 floods in Calgary. 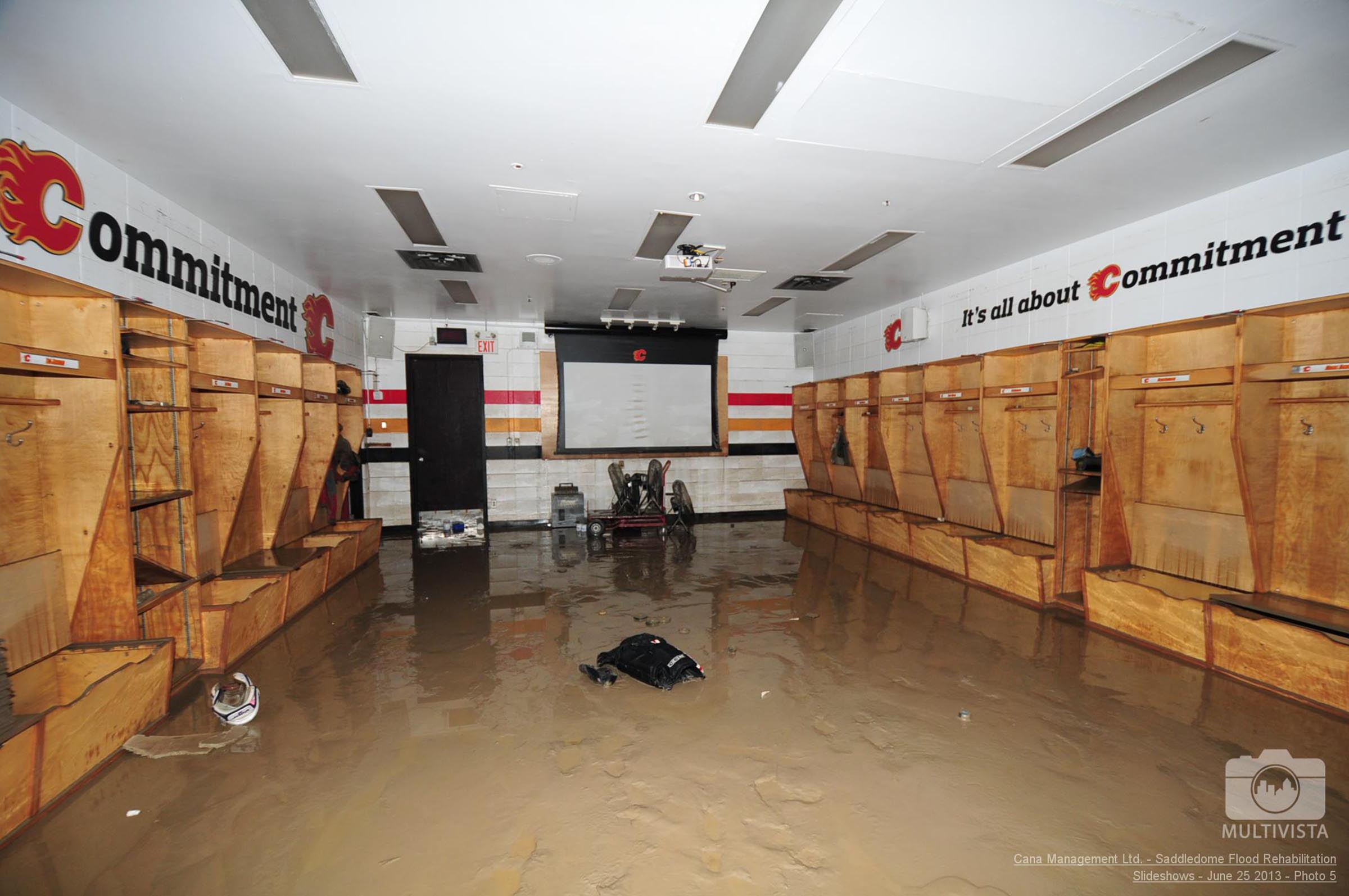 Following the floods the facility was significantly damaged including everything from seating, to the Flames dressing room, to the ice plant, back-of-house, club suites and kitchen.

CANA’s team of over 1900 individual workers was able to have the facility up and running for September 1, 2013 in just 69 days. A project of this magnitude would normally take over six months to complete. 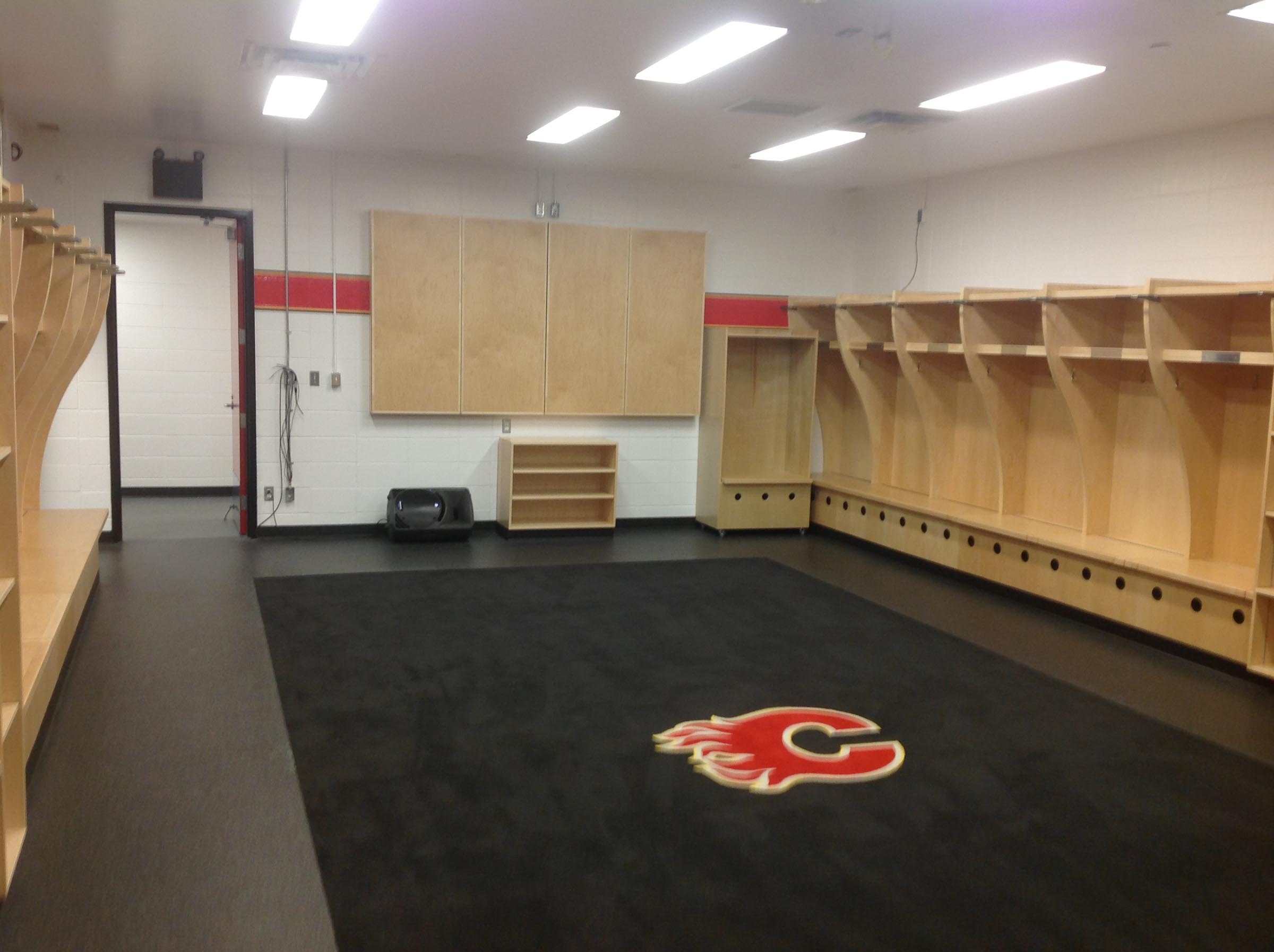 To meet the schedule, the design was fast-tracked using as-built information and photographs to recreate the facility as quickly as possible. CANA engaged subcontractors to support the design and planning under time and material contracts. Much of the long lead items including ice refrigeration equipment, compressors and other mechanical equipment would normally take 12 weeks to procure. These items were sourced and manufacturing was expedited by the suppliers in order to meet the timeline and have the Calgary Flames on the ice on time for their first regular season game.