Constructed in 1960, McMahon Stadium continues to serve as a vital sports arena for Calgarians. The home of the Calgary Stampeders, the building still stands as a very prominent landmark in Calgary.

In 1960, the Calgary Herald pointed out that the hot water tanks in the locker rooms were “capable of producing 1,200 gallons of hot water per hour…enough to parboil the entire Edmonton Eskimos by half-time.”

The stadium was constructed in 100 days at a cost of $700,000, $300,000 of which was donated by the namesake brothers Frank and George McMahon, who also guaranteed the balance of money for the stadium’s construction.

The original seating capacity was 22,000. The scope of work also included the clubhouse area, concession areas, and main concourse development. McMahon has been host to several world class events, most notably the 1988 Winter Olympic Games Opening and Closing Ceremonies.

The stadium is located on the University of Calgary campus parallel to Crowchild Trail in the city's Northwest quadrant. Other organizations using the stadium include the Calgary Dinos and the Calgary Colts. 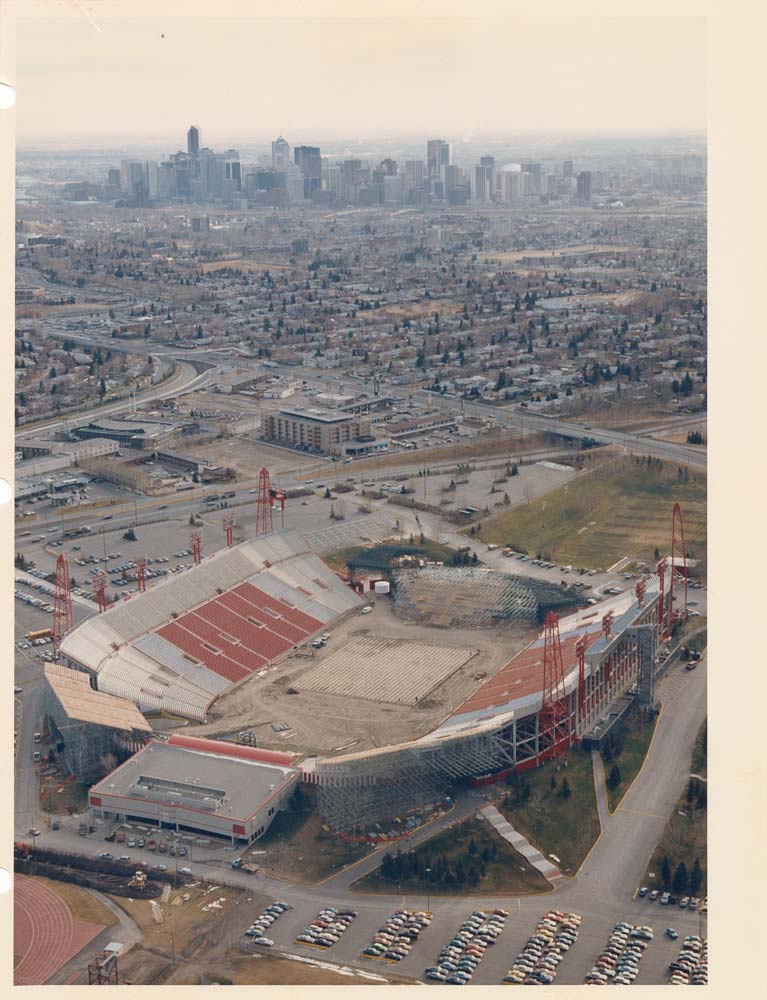