Located near Fort Macleod, Alberta, the Head-Smashed-In Buffalo Jump Interpretive Centre provides a detailed look into Alberta’s History. The centre, constructed in 1996, sits next to a historic buffalo jump site.

The structure itself is unique in that the side of the cliff was unearthed during excavation and the structure was essentially built into the hill.

After construction, the building was backfilled, leaving only the main entrance and skylights exposed to view. There are four levels in total, with the lowest level serving as the main entrance and the remaining levels used for exhibition space. Brown-tinted concrete was used for all exposed areas to complement the surroundings.

Because this facility was constructed on a world heritage site, CANA ensured the surrounding environment was not disturbed and that the project met all of the strict environmental regulations in place. CANA received two concrete awards for this project, from both the American Concrete Institute and the Portland Cement Association for concrete excellence. The total value of this project was $6M. 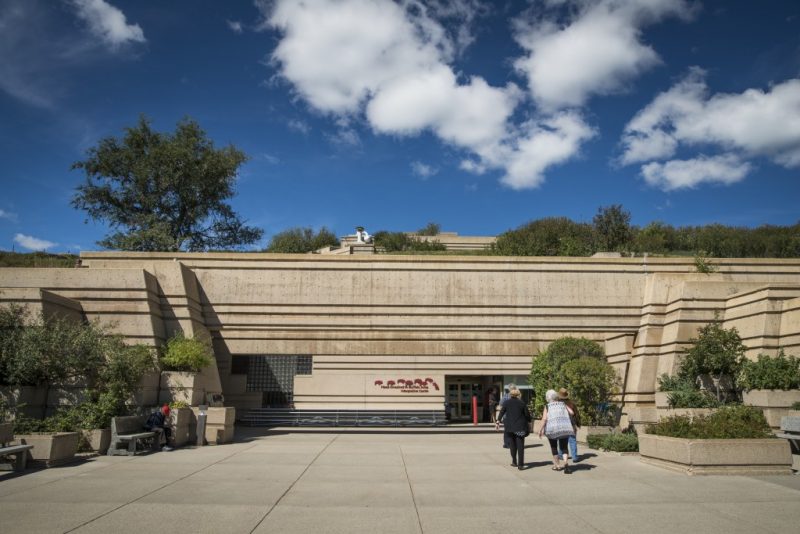