Built for the 1986 World’s Fair in Vancouver, British Columbia, this structure is one of grace and beauty.

Also known as the “golf ball,” the roof of the centre (now known as Science World) is actually a geodesic dome, a concept that was designed by US inventor R. Buckminster Fuller.

The building has a volume of 36,790 m³ and is home to the Alcan Omnimax Theatre, 3D Laser Theatre, and houses several galleries and other amenities. The dome itself contains 766 triangles, 391 individual lights, and the dome is built from over 15,000 pounds of extruded aluminum and aluminum panels, which have a thickness of 1/40,000th of an inch.

The Omnimax Theatre, with its five-storey, 27 metre diameter screen, has a capacity of 400 people. A high-tech sound system, including twenty-eight individual speakers had to be installed to ensure highimpact acoustics. 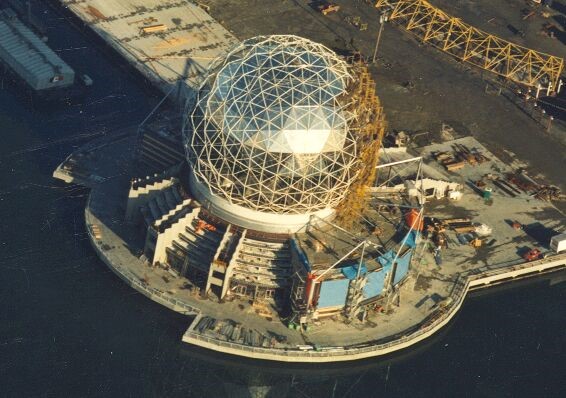