A new storage structure for a Canadian company. 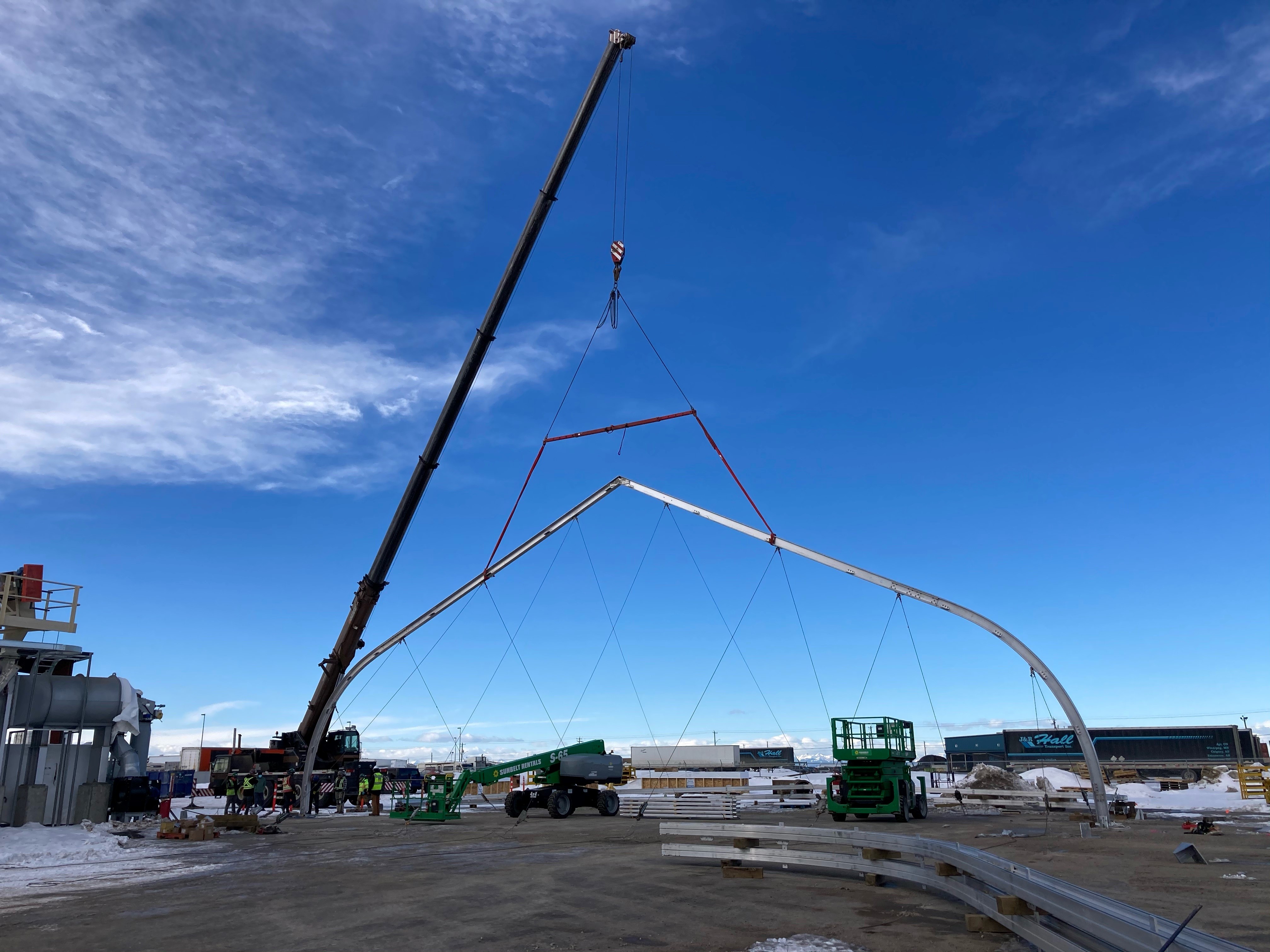 The existing space was an empty parking lot with new asphalt that was laid down in the summer of 2020. Because we started the project in February 2021, preparation included clearing snow where the tensioned membrane structure would sit.

As we began to install the anchors into the ground, we encountered a polar vortex with temperatures hitting -30 degrees Celsius. Due to the freezing temperatures, we were unable to continue with the anchor installation. To stay on schedule, we hired a piling company to come to site and install the anchors for us, using their specialized equipment that was able to break through the frost underground. 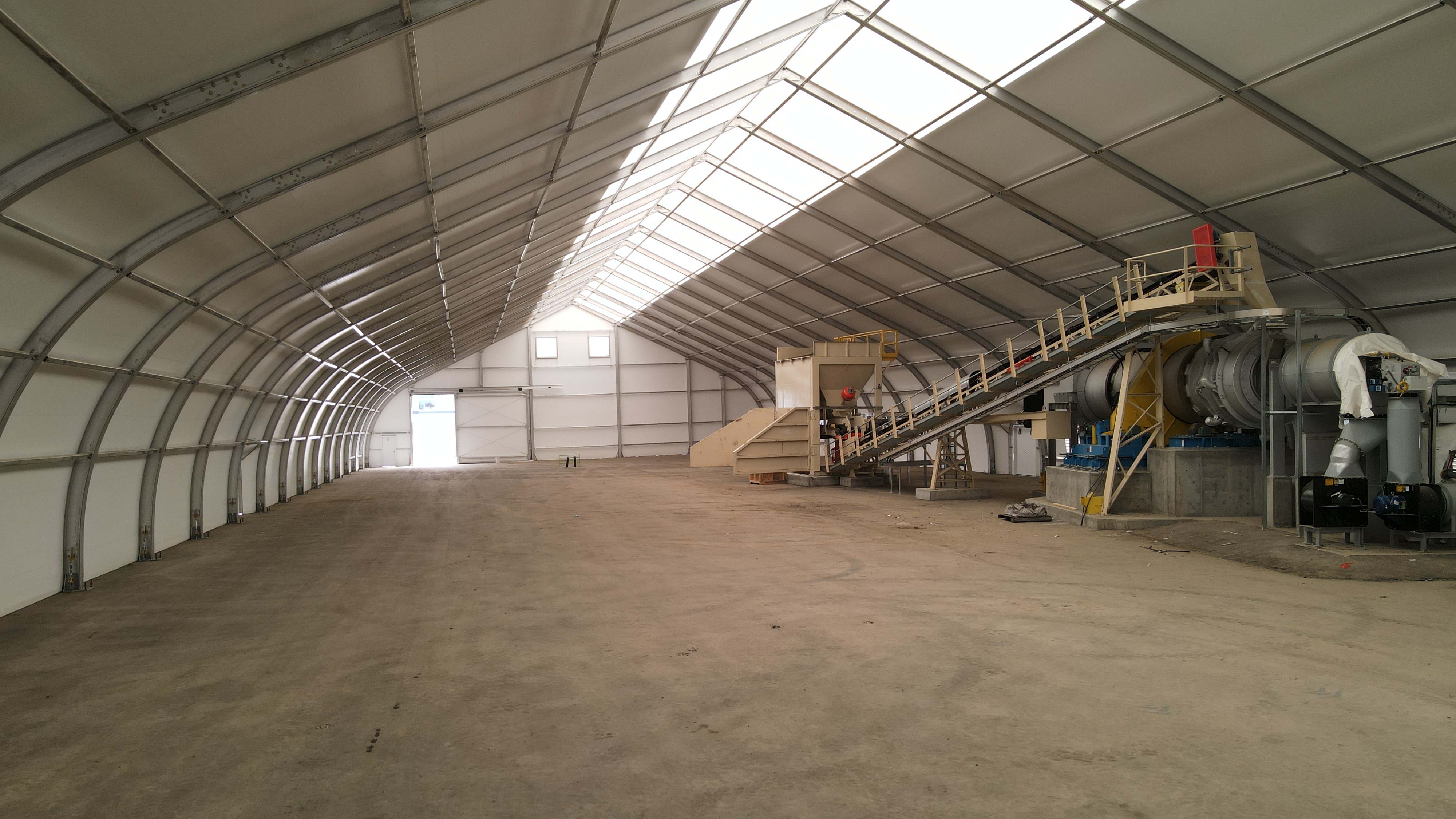 Because Cementec remained operational during the project, comprehensive safety plans were developed and extensive signage and fencing was set up to keep project personnel and Cementec employees safe, and maintain business operations. 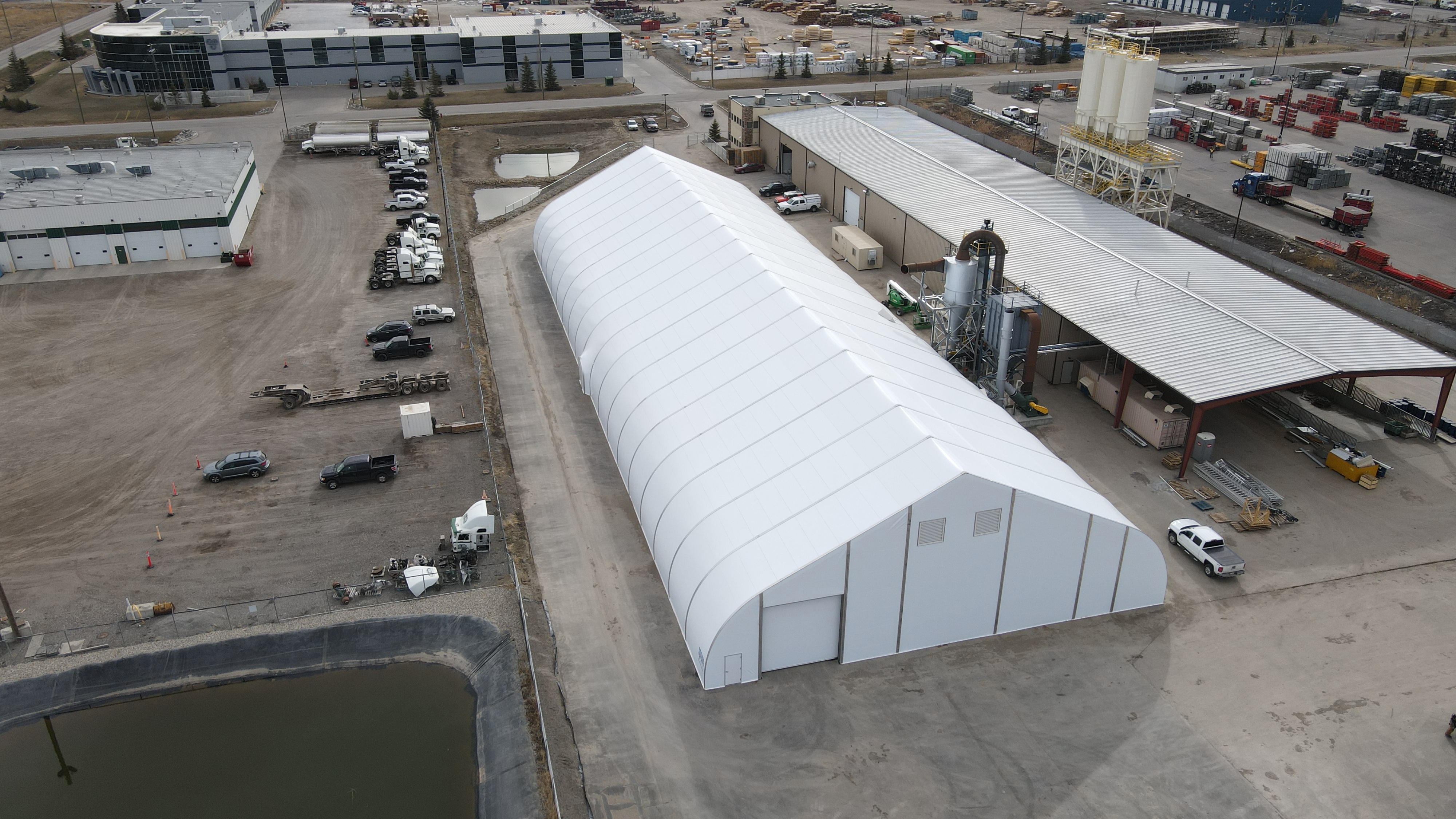