CANA was involved with the construction of the ski jump structures at Canada Olympic Park for the 1988 Winter Olympic Games held in Calgary. This was a unique project for CANA and presented some interesting challenges.

A total of three towers were constructed for the games. The 90-metre tower and 70-metre tower were used for competition, while the smaller tower was built for training purposes. The foundations were built using cast-in-place concrete. The towers also utilized cast-in-place concrete constructed using the jump form method. The ski jump ramps were assembled using a steel structure with a wooden timber deck to hold the inrun snow ramp. These towers are a significant part of training new Olympic Athletes into the sport of ski jumping. 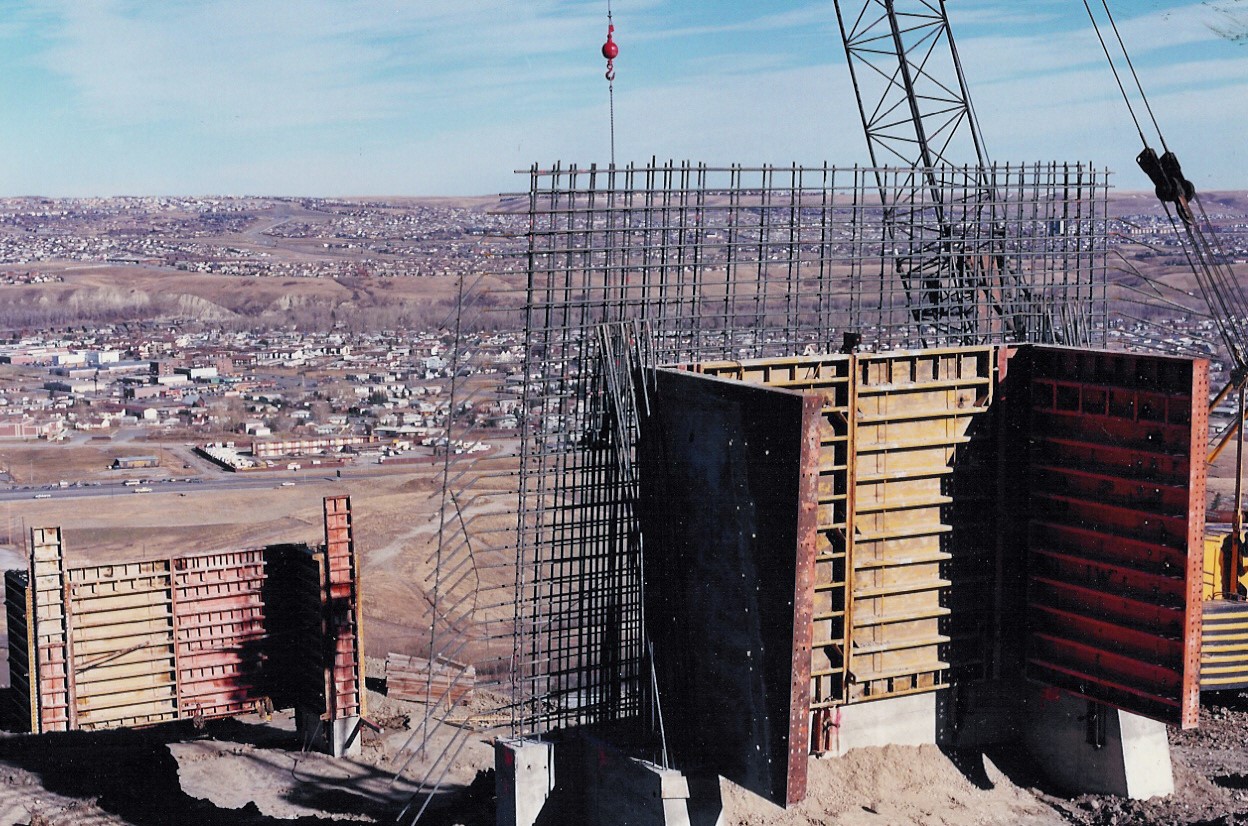