CANA was involved in the construction of this LRT tunnel designed for the opening of the northwest leg of the LRT in 1987. The double-track tunnel runs under 16th Avenue (the Trans-Canada Highway) and 19th Street NW, and spans over 240 metres in length, for a total length of 504 metres (including the adjoining ramps).

Excavation of the site was done via the cut and cover method, using intersection (secant) concrete. The soil conditions at site consisted of a sand/silt and clay layer combination and contained groundwater at depths of 3 to 4 metres. The maximum excavation depth of the tunnel was 10 metres below ground level. Eight hundred and sixty piles were used in construction, ranging from an average length of 12 metres to, in some cases, over 17 metres. The piles contained over 8,700 m³ of concrete and a total of 9,300 m³ of concrete was used for the permanent structure. Piles were inserted using steel casings vibrated into position with a vibrating hammer.

Piling started in December of 1985 and continued through to June 1986. Structural concrete was started in March of 1986, and the project reached completion in November of that year. 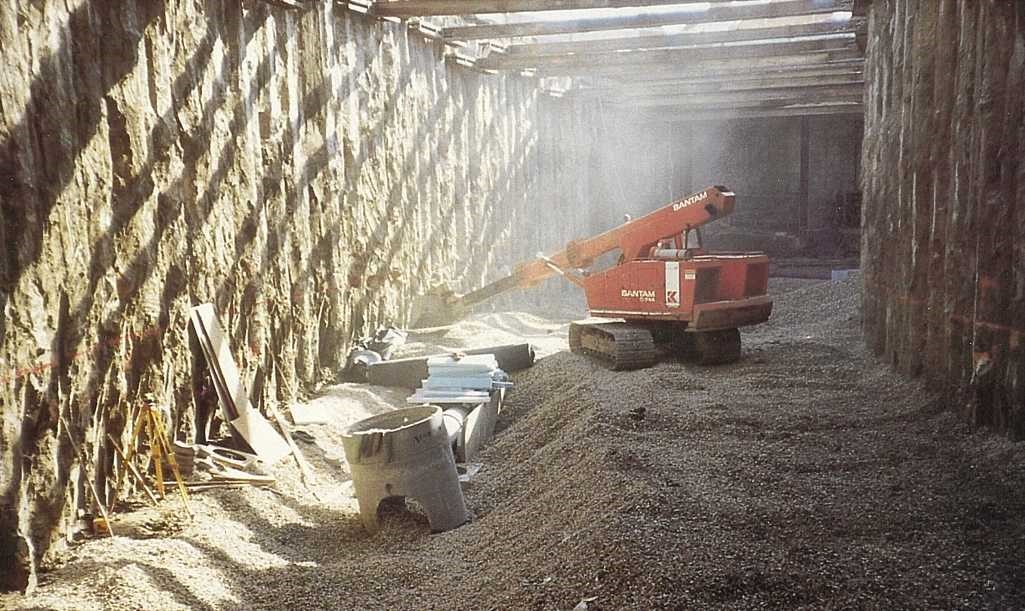